We’ve all got our favourites but if you had to choose who would you put in your City team?

That was the drama we faced when artist Nick Bianco contacted us.

Nick had created an Ultimate Team picture for his own team, Sheffield United and was keen to do other teams. However he felt he didn’t have the knowledge that only a City fan could have – who to leave out, what kit captures a player, funny extras from City folklore. Step forward The Ginger Wig!

A season ticket holder since the early 90s, he’s worn a comic Ginger Wig with tartan bonnet to every game since he first wore it at the start of the 98/99 season, yes that season in the lowest reaches.

Featuring 72 players, managers, famous fans and even the Invisible Man makes an appearance…if you can see him!

The obvious players such as Colin Bell, Sergio Aguero and David Silva are included but a number of stories are also told in the exclusive design.

Niall Quinn for instance is captured in a half outfield shirt and a half goalkeeper shirt from his famous penalty save from Dean Saunders. Paul Lake and Ian Bishop are drawn in the famous pose from the Maine Road massacre. Similarly Edin Dzeko and Aleks Kolorov are captured in the celebration after the sixth goal at Old Trafford.

“The most difficult thing was when we got into the late stages”. I tweeted progress of the design and asking for other City fan’s input. People got very passionate about who they felt should be in it. One person felt that Anelka should be in as the first £10million player, another loved goalkeeper Alex Williams – he was a difficult one to leave out for all the work he’s done for City in the Community.

In the end we got down to the last spot and everything was ready for Asa Hartford but at the last minute someone tweeted what about Brian Kidd? Now for me he’d been the assistant manager in our most successful period but I hadn’t realised how many games and goals he’d actually played for City. So he had to go in, sorry Asa!

The full list of those included in the Ultimate City team is:

The design is as a print, which a number of the players featured have purchased or have been bought the print including David White, Dennis Tueart and Paul Power.

Get the latest news and offers straight into your inbox! 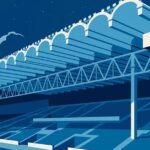 Don't miss out on the latest news

All the content of this site is copyrighted. Content including any images may not be copied, reproduced or distributed in any form without our prior written consent. We may received a small payment for affiliated links in some of the articles which link to a third party site.

Back to Top
Close Shop Now
Share this article

To use social login you have to agree with the storage and handling of your data by this website. %privacy_policy%

Your password reset link appears to be invalid or expired.

To use social login you have to agree with the storage and handling of your data by this website. %privacy_policy%

Send this to a friend